This last autumn, I received a surprise package from my dear friend, Noriko. When I opened it, my breath was taken away by a gorgeous portrait of my dog, Hawk. Our family of golden retrievers are fairly long lived. We routinely see them age 14-16 years, so we were stunned when Hawk suddenly died in June of 2012 at the young age of 6. Hawk was littermate to Noriko’s Sakurako. Saku, lived with us for 11 months before she was able to go home to Japan.

Prior to and while Saku was growing up at our home, we were blessed with the friendship of Noriko and Yoshinori. This friendship has continued over the years.

We had an inkling that Noriko was artistically talented, but in her modesty, she did not let on. When I see the way she captured the spirit of Hawk, it is as if a part of Noriko’s beauty and grace reflects back in her creation. I see her in every stroke.

This beautiful gift is on display at my art table as a reminder of the gift of friendship spanning miles and time. Simply bliss. 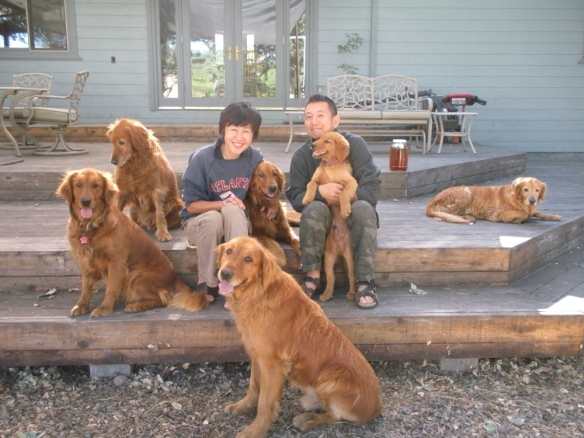 33 thoughts on “Puppies, Friends and Bliss”