So much damage from a lone, irresponsible person…not much bliss to sneak for the families burned out by this fire. 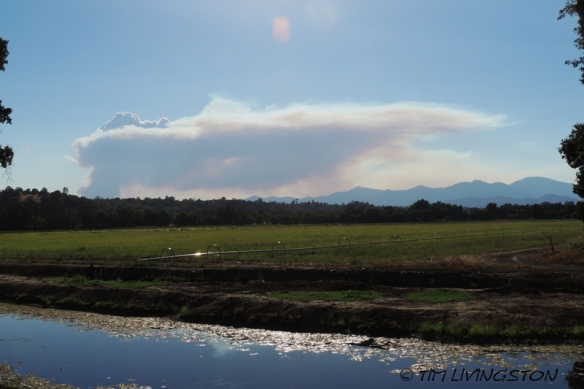 A wildfire broke out west of town Friday afternoon.

Last Friday I posted Storm Clouds Brewing and talked about lightning and wildfire. Then Friday afternoon an aggressive wildfire broke out west of town. However, this fire wasn’t caused by lightning, it was caused because of an illegal marijuana grow.

It formed a huge column and began building it’s own thunder cloud. 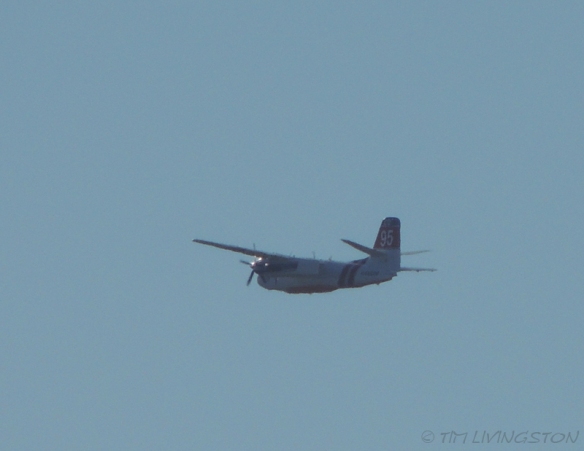 The fire crews were scrambled and the air-tankers took to the air.

The thing is, Mary and I were planning a weekend away camping in our trailer at our favorite spot. The problem was, the fire was less then five miles from our camp where we had already staged our trailer. We made the decision to retrieve our trail while the fire was relatively small, only 300 acres.

As we approached camp the sky became angrier.

After reaching camp, we packed everything, hooked up the trailer and pulled out. The…